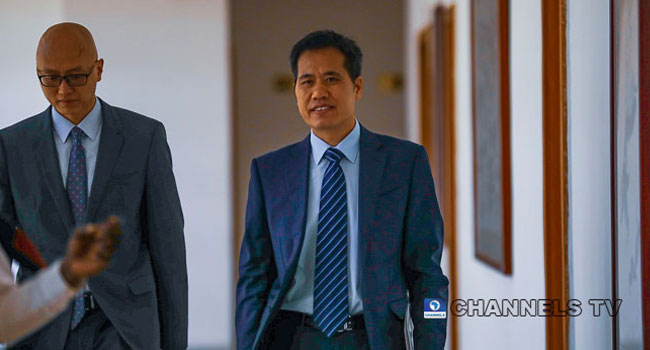 The Chinese Ambassador to Nigeria, Zhou Pingjian, has stressed that the Embassy is still issuing Visas to people who have urgent need to travel to China despite the outbreak of Coronavirus.

Ambassador Pingjian during a news briefing on Monday in Abuja explained that China has fully adopted the recommendations by the World Health Organisation (WHO) on a travel advisory.

He also lauded the Federal Government for taking steps to ensure that the country is not thrown into a panic over rumours about the virus, stressing that no Nigerian has been infected by the virus in China.

“So we also think the response and the guidance from the Nigerian Government are very smart and appropriate; they advise for travellers if it is not so urgent, may consider to delaying it. But from the Embassy, the visa issues and other issues, we are in normal operation,” he added.

Meanwhile, outside China, according to the WHO Director-General, Dr Tedros Ghebreyesus, there are 151 confirmed cases in 23 countries, and one death, which was reported from the Philippines on Sunday.

The Chinese envoy also highlighted the economic impact of the virus on China, adding that the country will get over it soon.

“In the short term, the economy will feel the impact of the epidemic because in China we have taken very rigorous measures, but according to China’s experience, we are not here for the first time to face such epidemic, you may remember in 2003, the SARS outbreak and in 2008, the earthquake.