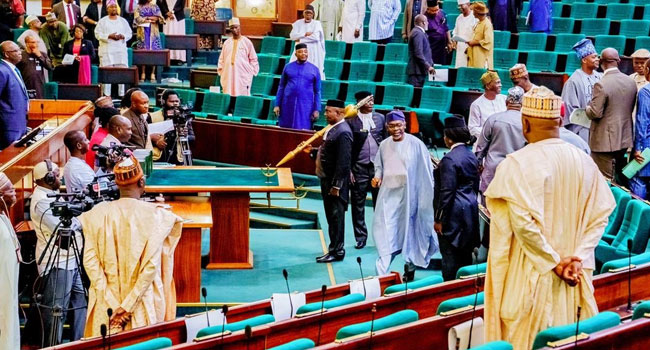 Lawmakers in the House of Representatives on Tuesday rejected a motion to evacuate Nigerians allegedly stranded in China following the outbreak of the Coronavirus.

According to lawmakers who voted massively against the motion raised by the spokesperson of the house, Benjamin Okezie, China has better facilities to handle the situation than Nigeria.


Despite efforts by the Speaker of the House, Femi Gbajabiamila to calm the lawmakers and allow Mr Okezie to move his motion, the lawmakers denied him the opportunity.