Dembele Pulls Out Of Barca Training 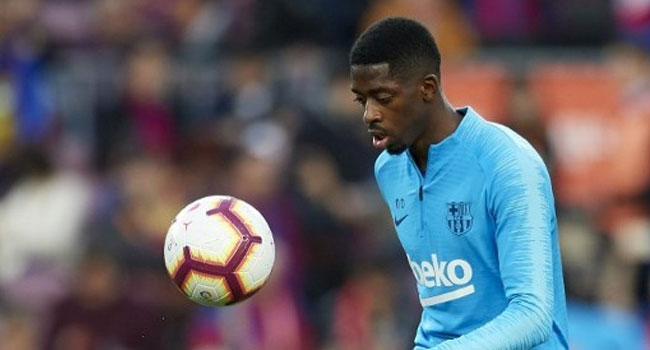 Ousmane Dembele of Barcelona during the warm-up before the La Liga match between FC Barcelona and Levante UD at Camp Nou on April 27, 2019 in Barcelona, Spain. AFP

Barcelona forward Ousmane Dembele pulled out of training on Monday amid fears the Frenchman has suffered a setback in his recovery from a hamstring injury.

“During this morning’s training session, Ousmane Dembele felt some discomfort in his right leg as a consequence of muscle fatigue,” Barcelona said in a statement. “He will continue with his rehabilitation.”

Dembele has not played for Barca since November 27 but had been expected to return this month.