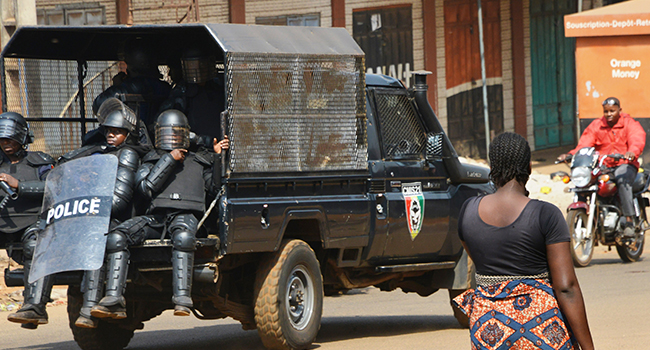 Guinean police patrol in Conakry on January 14, 2020, on the second day of open-ended protests against the president’s suspected bid to prolong his rule. CELLOU BINANI / AFP

Guinea’s president announced Monday that parliamentary elections initially due in late 2018 would once again be postponed, as the country grapples with long-running opposition protests.

President Alpha Conde said parliamentary elections would be pushed back by two weeks — from February 16 to March 1 — but offered no explanation.

The current parliament continues to sit despite beginning a five-year term in January 2014.


Anti-Conde demonstrators have been taking to the streets since last October in protests marked by violence in which 26 people have died, according to an AFP count.

Opposition parties see the elections as a manoeuvre by Conde to strengthen his power and have promised to boycott the poll and try to stop it taking place.

Last month, Conde’s government floated the idea of holding a referendum on constitutional reform in February.

Jailed under previous hardline regimes, Conde became Guinea’s first democratically- elected president in 2010 and was returned to office by voters in 2015 for his second and final five-year term under the current constitution.