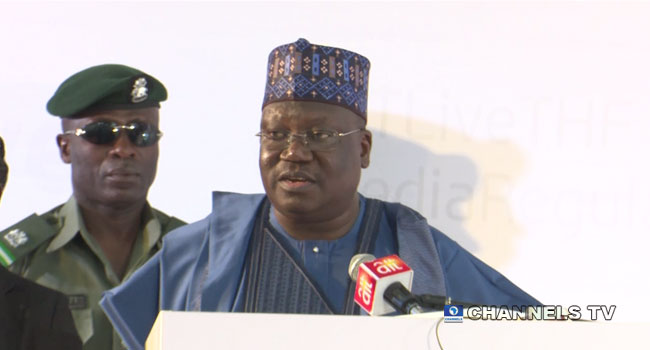 President of the Senate, Ahmed Lawan has said it is important to come to an understanding of the best approach in finding a way to address the challenge of hate speech and fake news.

According to him, as a democratic nation, where dialogue is characterized by ceaseless conflict, there can be no progress.

Lawan who was speaking during a town hall forum on Media, Regulation, Society and Governance in Abuja on Monday, asked if the country should rely on existing laws to deal with supposed infractions such as fake news and hate speech, or if there are even enough laws to deal with them.

“We are a democratic nation where dialogue, conversation, disagreement and agreement are central to how we resolve our issues.

“Where do we go from here as a nation, can we really say we have enough laws to deal with infractions and if so, are we implementing them enough? He asked.


He called on stakeholders to be dispassionate in addressing the issues, stating that the conclusion drawn from the town hall meeting will help the National Assembly and the Federal Government in addressing the challenges.

“As stakeholders in civil society, we should be dispassionate and be able to examine all matters critically.

“Emotions and sentiments hardly help in a gathering like this one, if our minds are open to all lines of thought; we’ll then develop a sense of perspective.