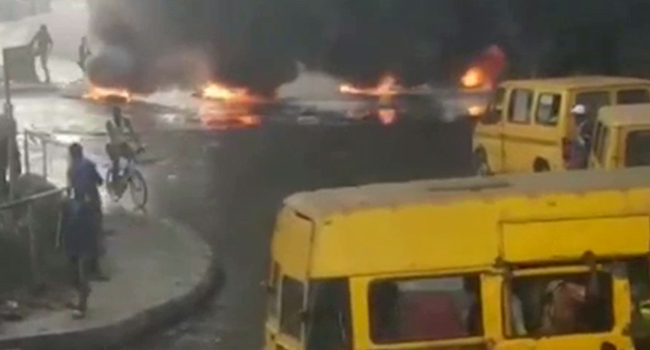 Protesters kicked against the ban of commercial motorcycles and tricycles in Ijora-Olopa, Lagos, on Monday, February 3, 2020

Calm has returned to Ijora-Olopa area of Lagos where protesters burnt tyres to protest the ban of commercial motorcycles and tricycles in the state on Monday.

When Channels TV got to the scene of the incident, policemen and men of the OP MESA (A joint military operation) were seen addressing a group of people in an apparent move to ascertain those involved in the act.

There were traces of bonfire with shattered glasses at the scene.