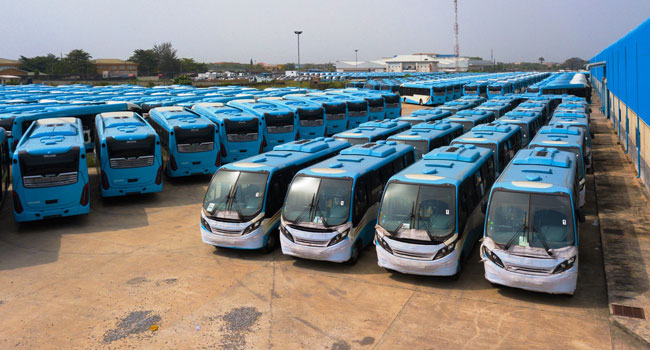 The directive follows a recent ban on the operation of motorcycles and tricycles in some parts of the State.

According to Sanwo-Olu in a statement on Sunday, the move is to help ameliorate the hardship commuters might face as a result of the restriction order.

He appreciated motorcycle and tricycle operators for complying with the restriction from six LGAs, major highways and bridges.


The governor commended some of the ride-hailing companies for their level of compliance, asking their riders to obey the directive.

“The little discomfort experienced by commuters on some routes due to the absence of motorcycles and tricycles is noted. This will not last as alternatives are being rolled out, a fleet of 65 buses will join the others on some major routes as from Monday, February 3, 2020: No less than 550 more buses are being expected.”

He added that “Besides, 14 ferries will be commissioned on Tuesday; This will further open up the waterways, reduce travel time on various routes and provide safe, dependable and comfortable alternatives for commuters.”

Meanwhile, the MD/CEO of LBSL, Mr Idowu Oguntona, has extended the services of the buses to include; Ikeja – Ogba, Berger – Ogba, Ikeja – CMS.