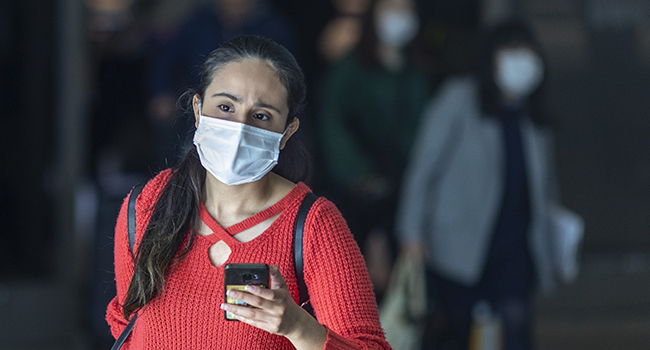 “They posted a hoax on their Facebook account that a Balikpapan resident has been diagnosed with coronavirus,” local police spokesman Ade Yaya Suryana told AFP Tuesday.

“They were spreading lies.”

The pair were taken into custody in Balikpapan, a city on Borneo island, in the past few days after separately posting rumours on their social media accounts that a local resident was infected and undergoing treatment.

Indonesia has yet to report a confirmed case of the virus, which emerged in a Chinese market at the end of last year and has since killed at least 425 people in China and spread around the world.

The women — a farmer and a maid — could face up to three years in prison if convicted under laws banning the spread of misinformation, he added.

Indonesia’s communications ministry has warned that it has spotted at least 50 online hoaxes about the virus recently.

The Southeast Asian archipelago has one of the world’s biggest internet audiences, with some 130 million people online.

At the weekend, more than 230 Indonesians arrived home after Jakarta received Beijing’s go-ahead to repatriate its nationals living near the epicentre.

The returnees will be isolated for 14 days at a hospital in Natuna, a cluster of islands bordering the South China Sea.

Their arrival has set off protests in regional capital Ranai where demonstrators called on officials to ditch plans to quarantine the returnees near a residential area over safety concerns.